World of Tanks is an award-winning, epic scale tank war action multiplayer game dedicated to armored warfare in the mid 20th century. Throw yourself into epic tank battles, take advantage of various combat modes and show your tactical superiority over others in a survival of the strongest! 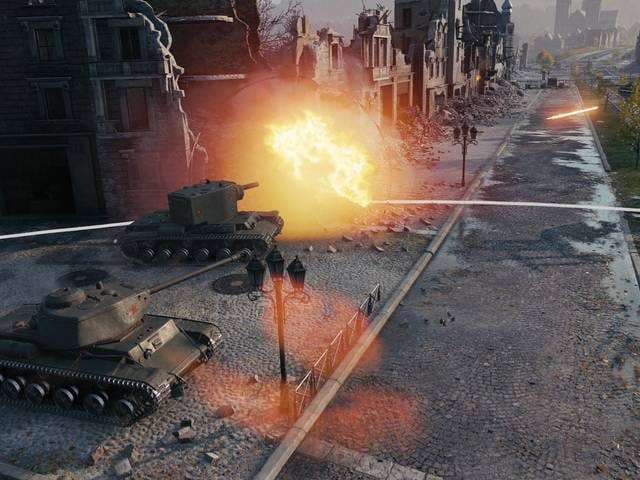 World of Tanks is is a tank battle game that takes you back to the golden era of armored warfare with an online multiplayer system that lets you fight head-to-head with thousands of other players! In the game, you’ll build up your army and lead your team in epic tank battles, capturing enemy clans territory and completing missions in the process. Whether you’re a new player looking to get your feet wet or a battle-hardened veteran, World of Tanks has something to offer everyone!

The main attraction of World of Tanks is the multiplayer mode, which offers a unique level of social interaction and excitement unmatched by any other game in the genre. With over 160 million registered users, World of Tanks has what it takes to become your favorite game – the first, best and most addictive armored warfare game on the battle arena!

There are a number of game modes and weapons available in World of Tanks, and these are split into various tiers. Some of the items available include:

In addition to these items, the game contains a number of mechanics that are specifically designed to make matches more dynamic and unpredictable. For example, tanks can be damaged from the sides or above, and they can also be hit by artillery fire. There are also things like anti-vehicle mines and other anti-vehicle weaponry that can reduce the efficiency of an enemy vehicle. The game also features many game modes of various types. As one of the few free-to-play MMO games you can control historic and legendary tanks in World War II, World of Tanks has become extremely popular since its release more than 10 years ago. As of today, it has millions of active players from around the world, even breaking the Guinness World Records for concurrent players at one point. As a matter of fact, many would have guessed World of Tanks was published in the United States, but the truth is that it was released first in Russia! The game is still very active with regular updates

How to choose the best tank type in World of Tanks

You get to play with over 600 tanks from all over the global map, including United States, Great Britain, German, Chinese, and Soviet Union. And among each of these nations, there are different types of tanks ranging from the light tanks or scouting tanks that are faster in mobility but weaker in damage, the medium tanks that can penetrate armor and do a good DPS but with average mobility, and the heavy tank that are slower due to their heavy armor and larger guns for more alpha damage.

There's an even bigger type of tank called the tank destroyers. As the name suggests, it destroys tanks with the largest guns caliber and highest penetration or damage stats. Tank destroyer can be sniper tanks hiding in the bush and attacking from range, or parola type of tanks that are super tanky due to high armor and directly challenge other tanks or ramming or pushing lighter tanks to death.

If you like to attack from far, you will definitely like the artillery tanks that have high blast explosive shells that can even stun or kill tank crews. However, they have less armor because these tanks are meant for supporting roles.

In a normal game, 15 tanks players are matched against the other 15 and you win the game by destroying all enemy tanks with no respawns or by capturing the flag, scoring a total of 100 points. It sounds straightforward but there are many factors to consider in each battle; from the tank types, playing style, where to face your tank or how to support your team to even the customization of your tank skin or camo depending on the battle maps. Remember that there are no respawns, so you may spectate the game out if your tank gets destroyed early or you can also choose to get into another game of action.

World of Tanks is free to play, with many unlockable free tanks as you complete missions or stages, goals, or events. You will have to grind some levels to upgrade the tiers of each tank and also their weapons. As for spending, it will be your personal choice to make because there will be some temptations to unlock certain premium vehicles, some at discounts.

You should definitely try the game out for yourself if you love an intense action combat vehicle MMO, especially since it is free. The tutorial is simple, just go out and blast tanks! The gameplays are very addictive, especially with realistic graphics. But as every game needs to survive, there will be premium content that is easily available for paying gamers or just requires painful grinding of tiers, experience points, or missions. You may easily be bullied by tanks of tier 10 when you are just a low-tier tank, but be patient as your turn to become stronger will come soon.