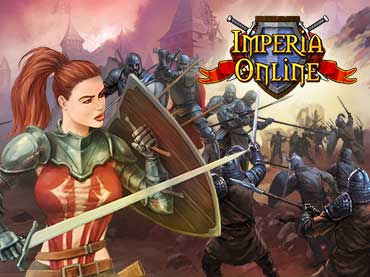 Raise an empire and conquer the world in your medieval strategy game, Imperia Online 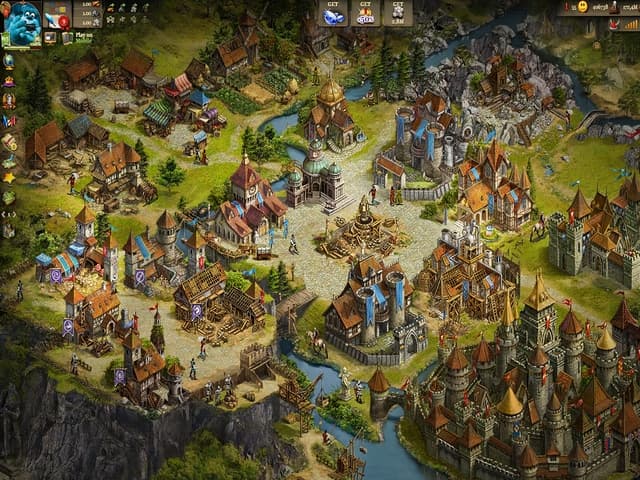 Compete with thousands or millions of players to become the legendary Emperor. Build, raise, and expand your powerful empire from a small village. Train your troops and lead an army to crush those who oppose you. Win battles and conquer the world now!

Build, develop and expand your empire

Start with a small village and expand it to a vast empire by building and upgrading different buildings, each one of them contributing in a different way to your economic and military power. Annex new provinces and discover numerous sites, containing special resources to boost your economy! Manage over 30+ buildings wisely and decide which one to upgrade first!

Create or join an alliance

Make new friends and allies to help each other to achieve total dominance! Invest in powerful alliance technologies, participate in total alliance wars or form even bigger federations to rule the realm! Deposit into and make use of Alliance treasury to develop technology research that affects all members. There are basic bonuses that officers of an alliance can benefit from, such as shorter construction time for the Construction officer, shorter research time for the Science office and lower fixed trade commission for the Finance officer. Well another obvious benefit is that members of the same alliance cannot attack each other.

Create, expand and guide the lives of your royal family

Choose nobles and court members to govern your empire and lead your armies in war! Select between more than 100 skills and talents for your royalties and customize them to fit into your playing style! You will start the game with an automatically generated family that includes the Emperor, the Empress, their first-born heir, and an infant. For diplomatic plays such as peace treaties, the member of the Imperial family tree can enter into marriages with members of the Imperial family or nobles from the imperial court of another player. Appoint nobles into certain posts to give yourself military or economic development bonuses depending on which talents they have randomly inherited.

Dive into an extremely competitive world where you fight against real players, who will test you to your very core! Prove yourself worthy and earn the respect of your enemies! Enlist for epic PvP tournaments and receive epic ranks and rewards!

Other players are not your only challenge in Imperia Online. Ancient and powerful enemies lurk in the shadows, waiting for the right moment to attack players! Prepare your armies and march against global threats, defeat them and reap massive rewards, artifacts, and loot!

The mobile version is available on both Android and iOS. You will need at least 184 MB to start installing the game.

How to play Imperia Online on Mac

You can play it on Mac here